A hydropathe is a person who doesn't tolerate water, so think of the wine as a French joke for wine lovers. This young wine, still with an herbal edge, will become ripe, generous and intensely fruity. It has a light structure from the Syrah as well as freshness. Drink from late 2020.

Lees aging has given this wine richness that adds depth to the ripe fruit. With its ripe berry fruits and herbal, perfumed character, the wine should age a little longer. Drink from late 2020.

Parcels of this estate within the cru appellation of Sainte-Victoire have been chosen for this wine. Described jokingly by the producer as being made for people who can't drink water, the wine is refreshing in itself with plenty of red fruits, crisp acidity and a ripe, raspberry aftertaste. Drink the wine now.

This rich wine comes from the cru vineyards on the slopes of Mont Sainte-Victoire. Ripe berry flavors are intense and full of acidity and concentration. With this richness, the wine will need a few more months to develop. Drink from late 2019.

The premium version of a pair of wines that celebrate Provence, this wine is ripe with red currants and crisp wild strawberries. Acidity and spiciness add extra flavor and richness. Drink the wine now.

A thoroughly reliable pink for summer – or anytime.

Like the first cuckoo in spring, the first rosé of summer is much anticipated, heralding the longer days and sunnier skies of the warmest months. Typically, it is a wet and cold day in London as I write, so this week's Provençal rosé will have to be transportative rather than complementary: imagine the sky stained pink over the ocean as the sun dips below the horizon while you recline on your Sunseeker, glass in hand...

Among the nine rosés I sampled at a tasting organised by London retailers Lea & Sandeman in March, the 2018 vintage of MIP* Made in Provence Classic was by far the best option for its quality at the price. Made from 60% Cinsault, 20% Syrah and 20% Grenache, it epitomises the style: pale coral in colour, with pure redcurrant and strawberry fruit flavours, smooth texture, moderate acidity and satisfying persistence. There is nothing unusual about how it is made, nor any notable marketing angle – instead, it is a rock-solid example of a rightfully popular style.

[…] As a category, Provence rosé may not be the best bargain around, but MIP* Made in Provence Classic is one of the best and most reliable of them, especially at the case price of £13.50 per bottle from Lea & Sandeman. After all, surely there will be at least 12 sunny days this summer, won't there? And if you're entertaining, it also comes in magnum and jeroboam formats.

The stirring of spring brings with it much merriment and tipple galore. Bottoms up. Spring 2019 | Vanity Fair (lien)

Made in Provence Collection rosé 2017

Rating 91/100. Ten percent of the white variety Rolle is included in the 2017 Cotes de Provence Rose MiP Collection and no doubt accounts for its zesty freshness (the bulk of the blend is Syrah and Grenache). Passion fruit and strawberry notes nish crisp, mouthwatering and harmonious in this light to medium- bodied beauty.

Rating 89-91/100. The devils' 2017 Cotes de Provence Sainte Victoire Rose is a bit paler even than typical these days, with austere aromas of watermelon rind leading the way. It's a light to medium-bodied blend of 50% Cinsault, 30% Syrah and 20% Grenache, with a tart, citrusy nish that picks up nuances of dried spices and crushed stone.

Rating 91/100. The 2017 Cotes de Provence Rose Le Petit Diable comes from the estate's young vines, planted since 2007. A blend of 40% Cinsault, 40% Syrah and 20% Grenache, it's light to medium-bodied, with concentrated avors of melon, peach and grapefruit that linger on the refreshing nish.

The top cuvée from this estate comes from old vines in the privileged Saint Victoire subappellation in the lee of the Saint Victoire mountain. It is a rich wine, with intense fruit and a lightly tannic texture from lees aging. Drink this ripe wine from late 2018.

Perfumed, flavored with thyme as well as crisp red fruits, this fragrant wine also has a zing of tight acidity. It has plenty of fruitiness, refreshing and tangy at the same time. Drink now.

YouTube | Andreas Larsson | L'Hydropathe Hello Rosé lovers! Here we are in the beautiful Provence region, in the South East of France, ready to discover the quality of the new vintages of this famous, elegant and refreshing Rosé. Summer is back, and with him, the barbecues, the aperitifs and the perfect time to enjoy a good Rosé with friends, family or just you.

In March, most of the wineries released their new wines and decided to present them to the expert palate of Andreas Larsson, Best Sommelier of the World. So now, we are able to present you a Top 30 of the best Rosé wines, tasted in blind conditions, from all the appelations of Provence like Côtes de Provence, Sainte Victoire, La Londe, Bandol, Coteaux d’Aix en Provence, Coteaux Varois en Provence and more. TASTED100%Blind by Andreas Larsson

I’m no Star Wars expert but is that a light saber in winemaker Guillaume Philip’s hand? Could he be the Jedi of Provence winemaking? Made in Provence certainly makes a bold and futuristic statement with its modern branding. Are you MIPing ready? @winedinewanda (lien)

Delicious on the palate with a hint of sweetness on the finish, this versatile rosé pairs beautifully with rack of lamb, pesto pasta dishes and canapés.

STAR BUY. Virginie Fabre and Guillaume Philip made their first rosé in 2005. It was a huge success and the pair now make an entire range of pale pink wines. This one is my favourite and a better buy than all the competition.

Recently listed from Provence is an excellent rose from producers Guillaume & Virginie, who have a wonderful vineyard on the lower slopes of the Saint Victoire. Their cutting edge winemaking produces the famous 2017 MIP (Made in Provence), a superb clean, crisp rose and the perfect complement to any fine, warm weather, pre-dinner drinks or alfresco light lunches. MIP is a mix of Grenache, Syrah and Cinsault, and the wine is pale and striking, with fresh citrus fruit aro- mas and the palate is gloriously dry with a hint of red fruits.

It's the rime of year for rose, but rather than push you into buying just one epic wine, I have decided to pitch two cheeky candidates - one for posh guests and one for uninhibited glugging. MIP started off its life in the latter category, many moons ago, and it has graduated, every vintage, to a higher plane. In 2017 it has arrived on the plateau of excellence and when wines step up to this mark, their flavours are not simply about fruitiness or juiciness but about balance, freshness and length. This is sheer class and it will go with any summer dish imaginable.

This is classic Provence stuff made from Syrah, Grenache and Cinsault. i presume that the title refers, in part, to the inoculation into the wine of a specific yeast which promotes bonbon sweet-like flavours. The bonbon notes are very much there and underpinned by tropical fruit aromas of mango with rosehip coming thorough on the palate.

The abbreviated name, as you might have guessed, stands for Made in Provence. It’s so pale that it’s barely pink at all, and its flavours of lemon and thyme are more white wine than rosé - so it’s might be best suited if you prefer white wines. Best rosé wine | BBC

The Times (Royaume-Uni) - Rosé shortage puts producers in the pink, buyers in the red - Mai 2018

Meaning « bright pink » after its fantastic colour, packs a punch with an intense juiciness that stems from its vibrant red fruit flavours of cherry, strawberry and slight hint of rosehip. A delicious accompaniment to canapes.

Rosé can sometimes complement lighter Asian spicing, particularly salads or some Chinese foods, such as baked fish or even dishes like Singapore noodles, very well, but be sure to choose a very dry, mineral herb and orange peel scented Provencal rosé, rather than a fruitier Italian or New World version. There will be many more appearing on the shelves in the coming months as the weather, hopefully, improves, but the Le Petit Diable, Cotes Du Provence 2016, with its blend of syrah, cinsault and grenache is exactly the right kind to seek out.

Almost tropical aromas carry through to the palate, which combines with peach kernel orange fruit and a hint of clove at the finish. Multi-faceted

The Telegraph "The Summer Wine"

Almost invisible, it is so pale to look at. To taste, it has a herbaceous, savoury skein. Last year this wine sold out just as the heatwave started and Lea&sandeman couldn't buy more because there wasn't any more to buy. This year they have ordered more: but hurry as it is very popular. By far the best of The domaine des Diables cuvées, of which there are a few.

This rosé needs to age. It has a zesty, crisp and mineral texture that is tight and nervy. As it softens, more red fruits will come to the front, although the structure will remain, making this a serious rosé for drinking with food. Riahi Selections. Editors’ Choice. —R.V.

Made from vines nestled on the foothills of Provence’s Mont Sainte-Victoire, this is an extremely pale rosé with a distinctive fruit-candy nose. The key, though, is its bright acidity.

MIP Made in Provence Rosé Classic 2013:

MIP Made in Provence Rosé Premium 2013:

16.5 Drink 2014-2015 Tasted blind. Vermentino, Grenache, Syrah. Extremely pale. Not much on the nose, touch of vanilla and fermentation vat – pear drops and estery. Juicy, fresh red fruit, dry and attractively uncomplicated. Unexpectedly persistent and the fruit builds to the finish. Improved and became more interesting in the glass. (JH) £14.95 RRP

Made in Provence rosé : 1 étoile

"Provencal rosé IS summer. This one is superb: as delicately refreshing as it is vanishingly pale but also tenacious so that a sense of wild strawberries, sandalwood and hay lingers long after you've swallowed. What's more it comes in crazy, St Tropez yacht-scale, quench the thirst of the Riviera, ginormous bottles too." Victoria Moore

Made in Provence rosé (Vinalies d'Argent)

"Very pale pink. Easy and gentle and with more tingle and herbiness than the regular bottling. Neat and lively. Esclans at half the price?"

"Very pale indeed. Herbily scented – proper Provençal scents. And just a hint of fermentation aroma dogs it on the palate. I thought on the nose that I had found Esclans at a third the price…"

"Another funny-shaped bottle – troncolato? Very pale pink. Smells more like a red wine than the Premium version and tastes sweeter."

"The name sums it up. Pale salmon pink in colour, it offers subtle redcurrant and pink grapefruit flavours and pin-sharp acidity that combine to make it particularly refreshing."

"As its name suggests, this is packed with juicy fruit, with a hint of sweetness, yet the overall effect is mineral and dry. Lovely summer drinking." Andrew Neather

Rosés, with all due respect. Domaine des Diables is perfect daytime wine, just right for a summer lunch urder a sparkling sun. 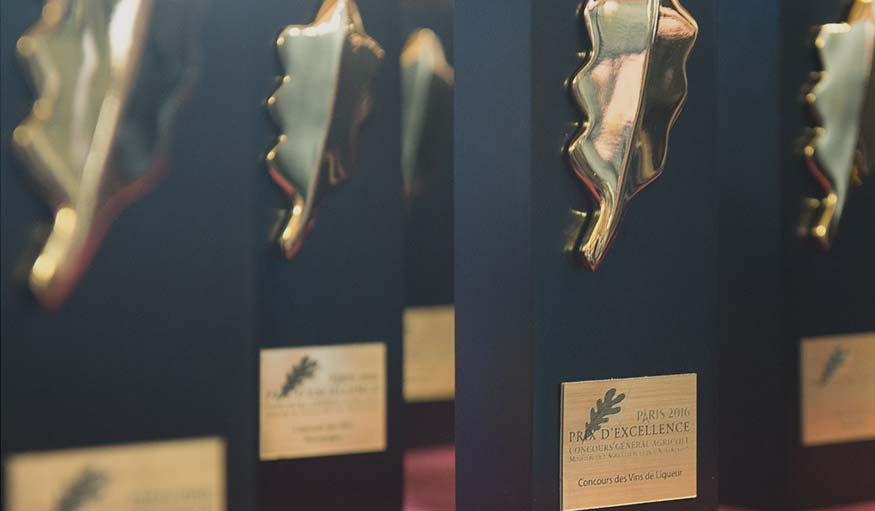